We were honored at Trans* Pride Seattle to grace the cover of Monday June 24th edition of the Seattle Times.
You can read the article here: http://seattletimes.com/html/localnews/2021257244_transpridexml.html

Transgender activists have planned a march and festival during Seattle’s Pride celebrations to increase visibility of a little-understood segment of the LGBT community. 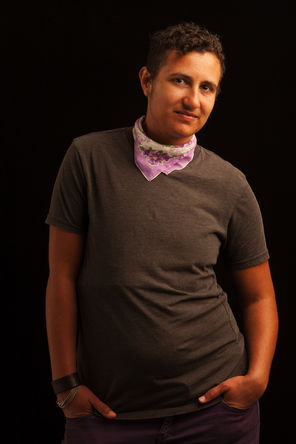 FINN COTTOM, 29: Program director of Reel Queer Youth, identifies as gender queer. “I don’t identify as a man or a woman; it doesn’t fit a narrow definition.”

They are the “T” in LGBT and arguably the most maligned segment of that community.

Many transgender men and women face hardships in routine areas of daily life. They are twice as likely as the general population to be unemployed or homeless and four times as likely to live in poverty.

Some 90 percent said in a 2011 national survey that they had encountered discrimination at work, and more than one in three attempt suicide at some point in their lives.

Such dire statistics are part of what inspired Danielle Askini, a 30-year-old transgender activist, and a group of volunteers, to organize Trans Pride in Seattle during the week set aside at the end of June each year to mark the historical launch of the nation’s gay-rights movement.

Executive director of a Seattle organization called the Gender Justice League, Askini said the goal is to help promote visibility of a population often in the shadows of its higher-profile gay and lesbian brothers and sisters.

“For us there are some very distinct political and sociological justice struggles that the LGBT community has not always been the best in addressing,” said Askini, who lives in Kirkland and is program manager for QLaw, the state’s LGBT bar association.

“Some of us are calling this our coming-out party.”

The Williams Institute, a national think tank that does public-policy research on sexual orientation and gender identity, estimates there are 700,000 transgender people in the U.S. — people whose birth-assigned sex does not match the gender to which they feel they belong.

Trans Pride celebrations are planned for a number of U.S. cities this year.

In Seattle, one is scheduled for Friday, beginning with a 6 p.m. march from Seattle Central Community College on Capitol Hill to Cal Anderson Park, followed by a festival at the park.

It’s been 44 years since the riots at the Stonewall Inn in New York launched the gay-rights movement.

And in cities across the country, the LGBT community marks the anniversary with colorful pageantry — including a parade down Fourth Avenue in Seattle followed by a festival at Seattle Center and smaller celebrations throughout the month.

In the 1990s, transgender people began participating in Seattle Pride for the first time — one of the first cities where that occurred — and in 1997 hosted their own Trans Pride Rally, which drew about 150 people onto Broadway on Capitol Hill.

In recent years, as the broader LGBT community has built strong alliances and gained broad acceptance, the particular needs of transgender people have been getting more attention, too.

The Social Security Administration recently announced it would no longer require proof of surgery to alter the gender ID of individuals in its records; other federal agencies also have relaxed requirements for documents such as passports and visas.

Transgender men and women also have gained protection against discrimination in areas such as housing and employment in Washington, 15 other states and the District of Columbia, and more than half of all Fortune 500 companies now have nondiscrimination policies in place.

During the first August weekend each year, thousands from across the world attend the Gender Odyssey conference in Seattle, an international event focusing on the needs of transgender and gender-variant individuals.

And a growing number of employers nationwide, including Microsoft, have expanded their insurance coverage to meet the needs of transgender workers — a major area of concern for the community. 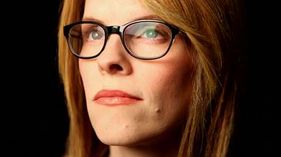 Still, transgender people — who can be either gay or straight — have not gained the kind of visibility that the gay community has.

Nor have they experienced the kind of broad successes the gay community has won in recent years, with same-sex marriage now legal in 12 states, including Washington, and the repeal of the military’s “don’t ask, don’t tell” policy, which banned openly gay military service. The U.S. military still prohibits transgender people from serving openly.

Marsha Botzer is co-founder and chair of the Ingersoll Gender Center, a Seattle-based organization that works with transgender people and has become one of their best known advocates on a local and national level.

She said “like any group, there’s a period of survival, early organizing, then a stage where the community widens and matures, and at some point there’s the public identification of the community.”

The transgender community has now arrived at that point, she said.

Trans Pride, in which Ingersoll will participate, should help “increase visibility for the community; and if it brings more energy at all — and it will — that’s always welcome and wonderful,” she said.

Botzer said the findings of the national poll, conducted by the National Center for Transgender Equality and the National Gay and Lesbian Taskforce, are mirrored in Washington state, where concerns over joblessness and underemployment are among the reasons the Ingersoll center began an employment project.

Advocates believe transgender people face discrimination in large part because of how they may look — a male-to-female transgender person might be much taller than the average woman or have a deeper voice, or a trans male might still have hips and female breasts.

Some employers might find that unsettling, out of sync with their view of gender as being immutable.

Access to health care, particularly health-insurance coverage, is another primary concern for transgender men and women.

Most employer-based health-insurance plans exclude coverage for transition-related treatment and other care on the grounds they’re cosmetic or elective in nature — claims that have been challenged by medical professionals.

Part of the problem, Swanson said, is that transgender people are not accessing health care at the same level as the general population, in part because of the challenge in finding culturally competent medical providers they feel they can trust.

“For gays and lesbians, that’s a challenge,” he said. “For transgender and gender variant individuals, it’s very difficult.”

He points to Centers for Disease Control statistics that show male-to-female transgender people have an HIV rate of 28 percent. Gay City will make the first mass distribution of home HIV test kits in King County during Trans Pride and other Pride events that weekend.

Askini, 30, who was raised by foster parents from around age 15 when she began transitioning to female, represents a new generation of activists. Like many young people throughout the LGBT movement, she is eager for change.

But she and other transgender people recognize the limitations of the law in addressing many of the challenges they face.

Laws alone, she points out, won’t stop negative media portrayals or prevent transgender people from taking their own lives. “The law can’t force your neighbor to like you,” Askini said.

She believes society is growing more familiar with those in her community as transgender people come out publicly.

Chaz Bono, the only child of celebrities Cher and Sonny Bono, announced his transition from female to male about four years ago, and President Obama three years ago became the first U.S. president to appoint a transgender person to his administration.

Askini believes the next step is for transgender people to gain more acceptance through visibility, by allowing others to get to know them as neighbors, co-workers and friends — much as the larger gay and lesbian community has done.

“That cultural shift has started to happen,” she said. “The reason we started Trans Pride is to highlight that, to increase visibility, while creating something where we in the community can see one another and celebrate ourselves.”