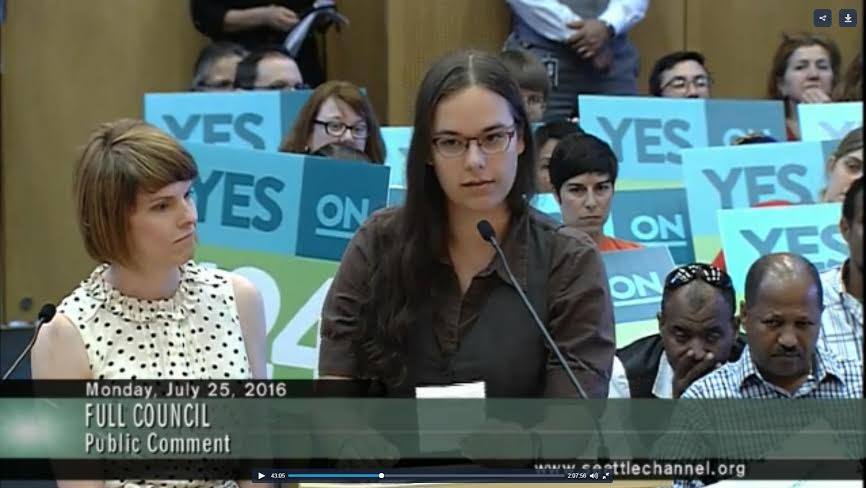 June 27th, 2017
Gender Justice League is joining our colleagues in the Coalition for Inclusive Healthcare in opposing rules changes to the Washington Apple Health (Medicaid) Program’s coverage for transition-related healthcare (also known as the “Gender Dysphoria program”).  In 2015, along with a 30-member coalition of grassroots and national organizations, Gender Justice League successfully petitioned for rule changes to expand coverage under Apple Health to include all medically necessary transition related healthcare.  The program has not been without it’s serious challenges such as lack of access to doctors, significant hurdles to getting surgical services approved, and far too few trans and gender diverse people in need of life saving medical care are denied access under the current rules. The Washington Healthcare Authority, the state agency that administer’s Washington’s medicaid program – Apple Health – has proposed significant new restrictions.

Dear Healthcare Authority of Washington Apple Health Program,
I am writing to express my serious concerns about proposed rules changes to the Apple Health Gender Dysphoria Program.
My name is [insert name]  and I am a [Apple Health member, therapist, doctor, concerned community member, etc].  I believe
that the proposed rules would make access to live saving medical care for the treatment of gender dysphoria more difficult in
a way that discriminates against transgender people.  The US Trans Survey has found that nearly 40% of Trans and gender diverse people attempt suicide at some point in their life, and numerous studies have shown those numbers are greatly decreased when trans people have access to medically necessary care.  I am urging you to remove all  categorical exclusions to specific medical procedures.

1. I oppose the elimination of flexibility in the Gender Dysphoria Treatment Guidelines which not supported by medical necessity and is contrary to law.
2. I believe you should allow for the flexible application of standards of care based on provider recommendation.
3. I believe you should eliminate the unnecessary  gatekeeping requirements to “Verify the appropriateness of treatment”.
4. I believe you should reduce the rigid application of specific gatekeeping requirements.
5. You should remove the “non-covered services list” and consider all services on a case by case basis as recommended by the patients care team.
6. You should also retain language regarding exception to rule process for “non-covered services”.
7. I support you removing the “Centers of Excellence” and other unnecessary restrictions that have limited the number of providers offering this type of care under Apple Health.
8. I  support expanding the list of providers who may make or confirm a Gender Dysphoria diagnosis to increase access to care.
9. I support the changes to requirements regarding “Proof of Informed Consent” to allow providers to include a note in a patient’s prior authorization letter.
10. I believe that the Healthcare Authority should work with community advocacy organizations to increase its network of providers, and expand the types of covered services to all those deemed medically necessary by a care team.