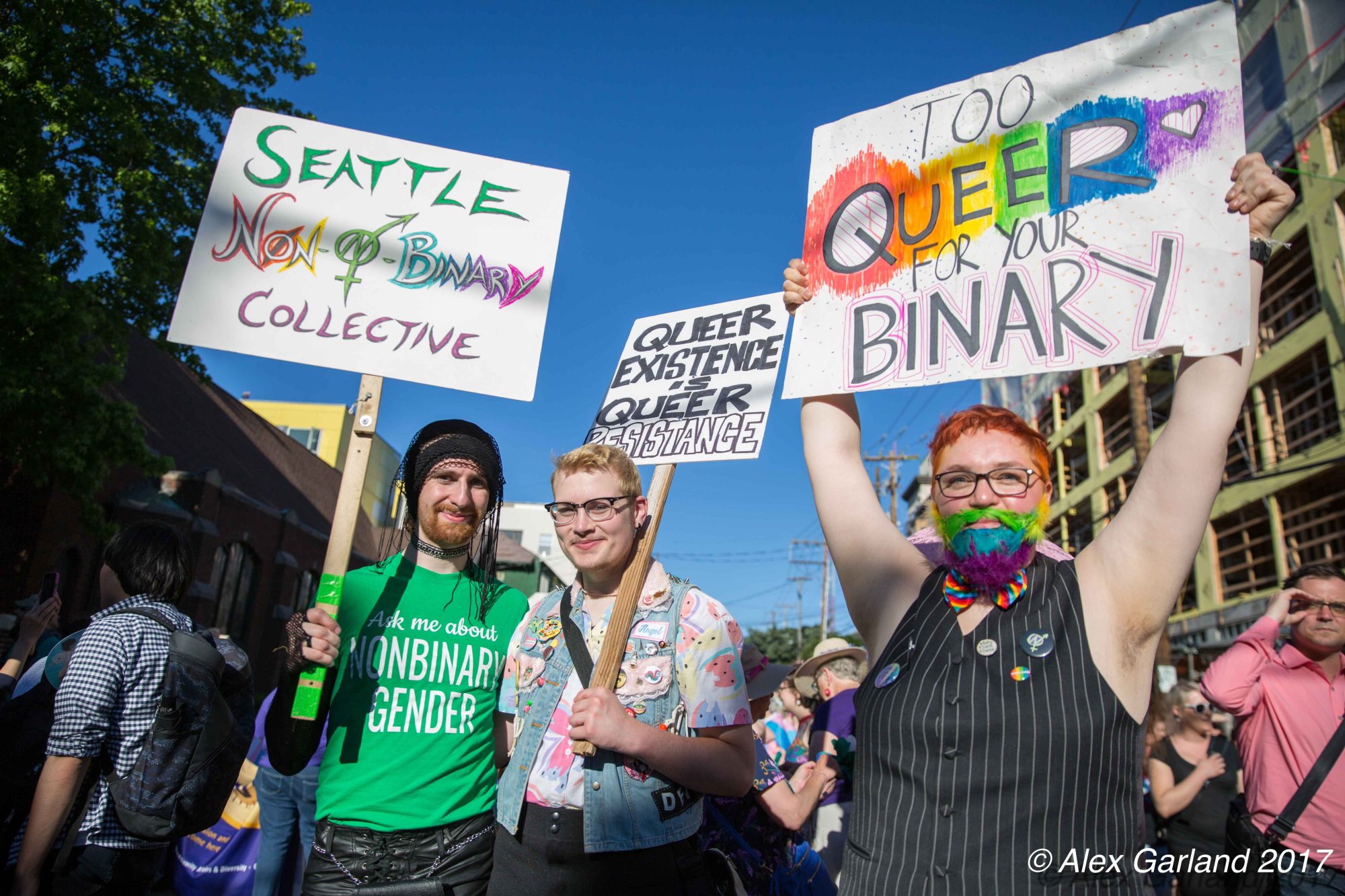 Back in August, the Washington State Department of Health (DOH) filed a statement of inquiry to add an option for “non-binary” on Washington birth certificates. Washington DOH has released their first draft of a rule and we have a Tuesday 9/26 deadline for comments! We have drafted a template letter you can copy and paste into an email and edit to make your voice in support heard in this process.

To take action simply copy and paste the following script to genderchangerulemaking@doh.wa.gov:

I am writing to you in support of Washington State’s Birth Certificate Gender Change Rule Making Regulatory change. Sex designations and gender identity are an issue of freedom of speech and freedom of expression, and should not be limited to “male” and “female” when those designations do not accurately represent 35% of all gender diverse people according to the 2015 US Trans Survey which reached more than 27,000 participants.

People should be allowed to attest to their own gender identity without confirmation from third parties. Many people do not have access to an understanding health care provider or notary public. DOH must ensure that everyone has the same access to accurate identification and the ability to elect a not specified or non-binary gender designation. The unique needs of two-spirit, people of color, incarcerated persons and foster youth should be taken into careful consideration in this process. Self-attestation is the most accurate method of ensuring that the sex designation on a birth certificate matches the individual which is the purpose of identification.

This regulatory change represents a critical need for many two-spirit, non-binary, trans, and intersex people: as of right now, Washington birth certificates do not recognize the existence of people whose gender does not fit the traditional definitions of “male” and “female.” Thank you for recognizing that need and proposing this regulatory change. I strongly support the adoption of a regulatory change to provide for a gender marker other than “male” or “female.”