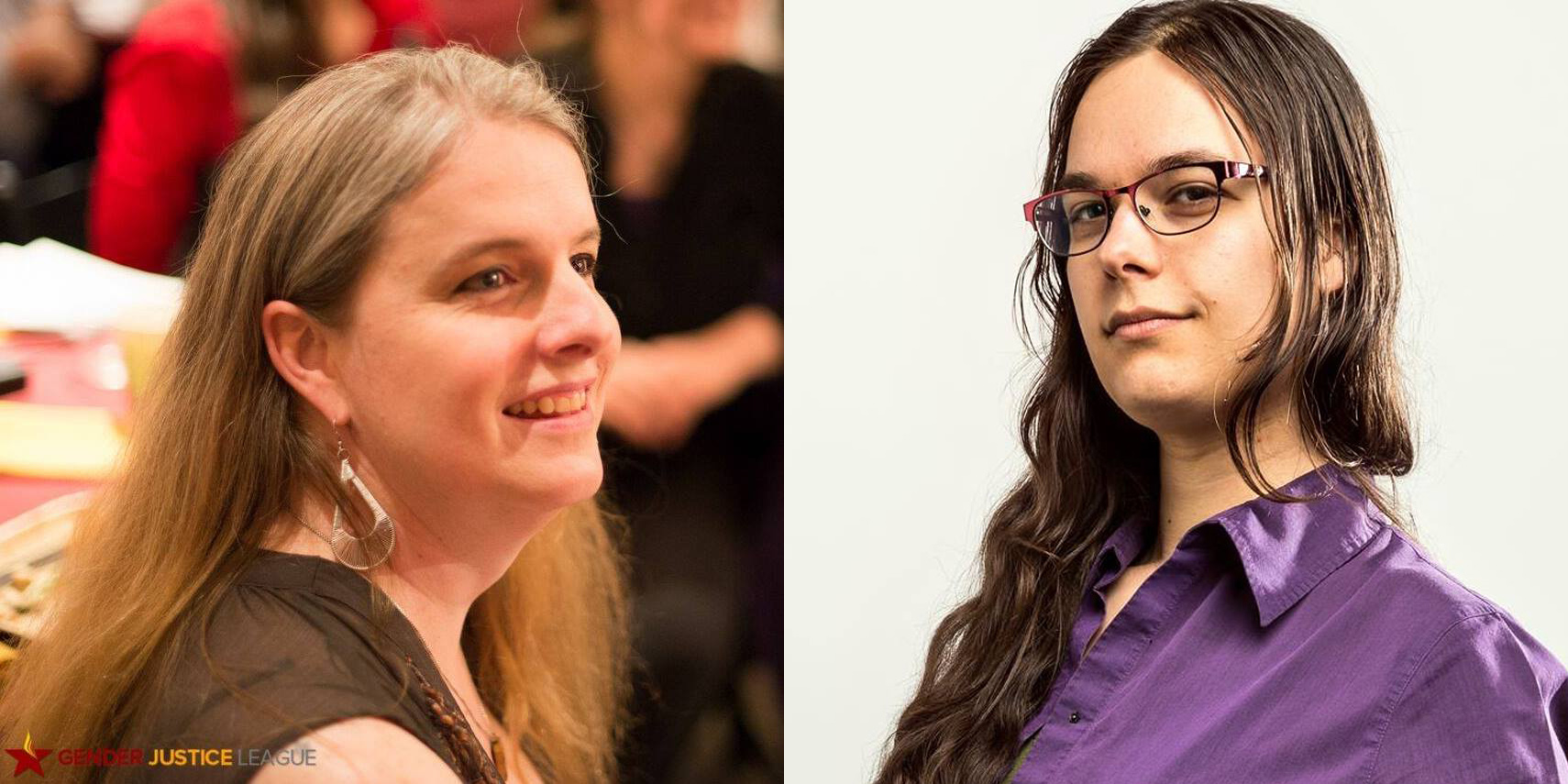 Elayne Wylie started her local activism in 2007, focusing on peer support groups and workplace equality for trans people. Her work in the region spanned serving in volunteer and board member capacity in Ingersoll Gender Center, Out & Equal Seattle, Seattle Pride, Out In Front Seattle, and Camp Ten Trees. She helped found GJL in 2012, providing leadership and support for both federal grant work and in producing Trans Pride Seattle. She served as the first Board Chair, and took on the roles of Operations and Development Director, moving on to Deputy Director before taking on her lead role.

Tobi Hill-Meyer is an indigenous chicana trans woman, an author, a filmmaker, and an educator. As an activist, she has 15 years experience working in nonprofits, serving on boards, and consulting in nonprofit management and has most recently worked as Health Equity Director for Gay City. One of the original founders of Gender Justice League and a previous board chair, she is excited to lead us into a new chapter of GJL history.

Please join us in welcoming both Elayne Wylie and Tobi Hill-Meyer into the next chapter of Gender Justice League.

And as always we would like to remind everyone that regardless who is in charge, our mission and core values to thrive towards Gender Justice remains the same. If you support our organization please consider donating to our cause at https://www.genderjusticeleague.org/donate.