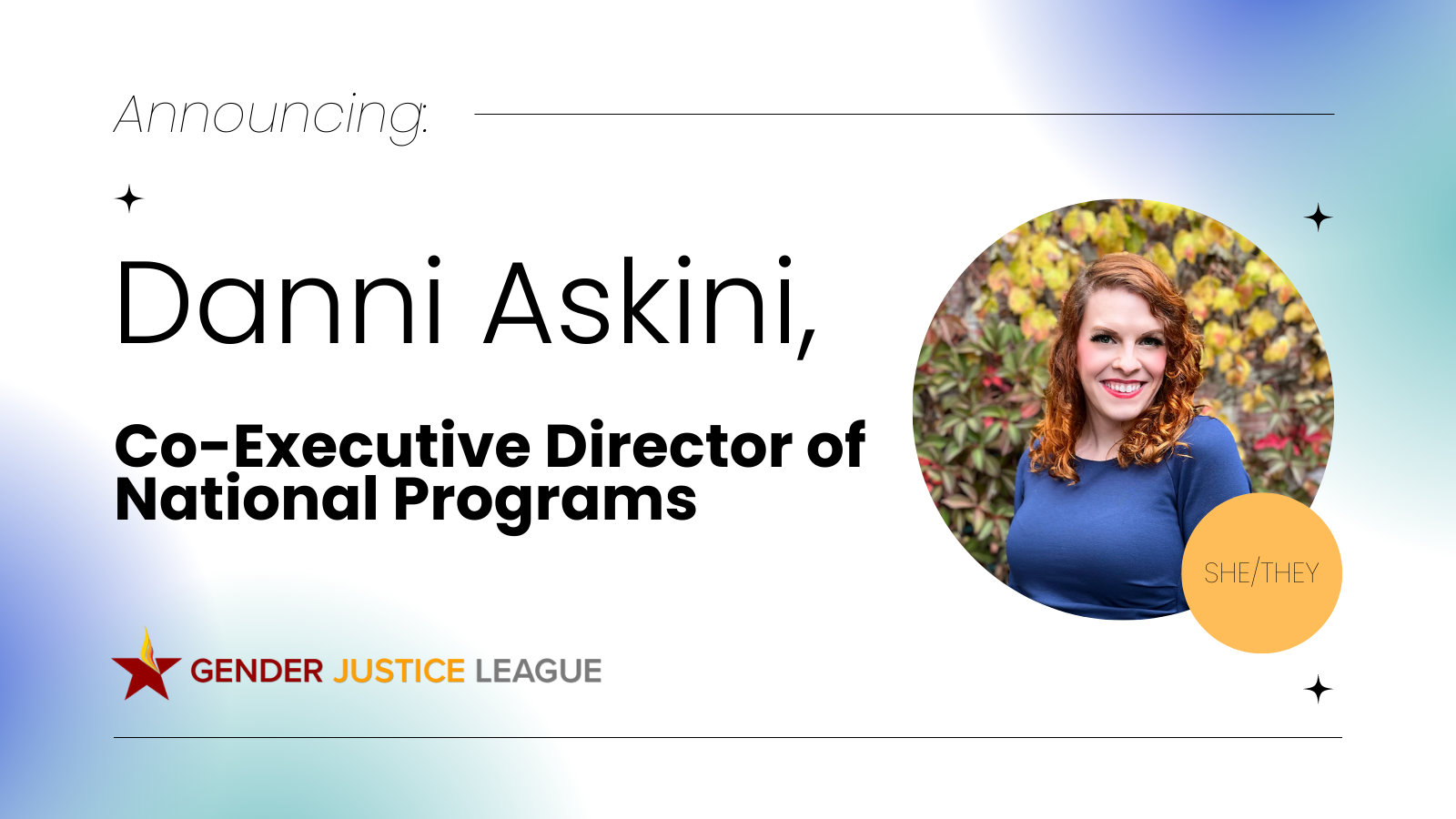 After 3 months of serving as our Interim Executive Director, we are excited to announce that one of GJL’s founding members, Danni Askini, will become our new Co-Executive Director of National Programs!

Danni has served for over 20 years as an activist, policy expert, and organizer in two-spirit, trans and LGBQIA+ communities across the United States and Europe. As our founding Executive Director, Danni helped lead Gender Justice League in expanding access to transition related healthcare, banning conversion therapy throughout Washington, defeating 6 anti-trans legislative bills, crushing 2 anti-trans ballot measures, launching our mutual-aid project to support survivors of gender-based violence, and successfully producing 7 Trans Pride events in Seattle. In 2018, after being targeted by the Trump Administration, Danni was forced to seek asylum in Sweden, having been denied a passport to return home. Upon returning in 2020, after settling her case through the UN Human Rights Council, Danni relocated to Washington DC to work as a Senior Health Policy Analyst supporting the passage of the HEROES and CARES Acts through Congress. Danni is now based primarily in Washington, DC and splits her time in Seattle where she has deep roots.

Danni returns to Gender Justice League just ahead of our 10th anniversary to help the organization pivot not only to serve two-spirit, trans, and gender diverse people in Washington State, but to expand our work to support two-spirit, trans, and gender diverse people throughout the country. We continue to see a bifurcation in this country; some states with expansive protections and others with a horrifying repeal of fundamental freedoms, rights, and safety for our communities. Danni will be joined by a Co-Executive Director for Northwest Programs, and will be leading our search to identify a new Co-ED based in Washington State.