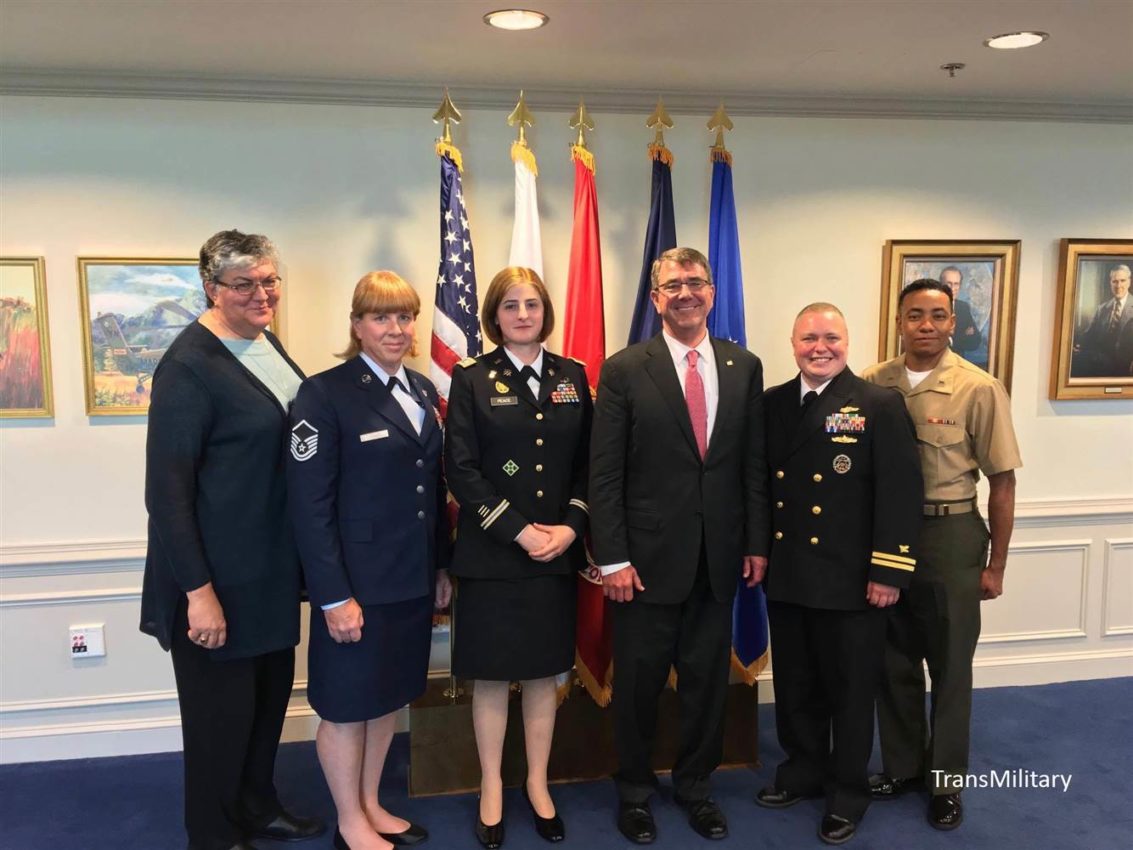 Seattle, WA – This morning US President Donald Trump sent trans military service members into chaos this morning by tweeting that transgender people can no longer serve in the military. President Trump wrote, “After consultation with my generals and military experts, please be advised that the United States government will not accept or allow transgender individuals to serve in any capacity in the U.S. military. Our military must be focused on decisive and overwhelming victory and cannot be burdened with the tremendous medical costs and disruption that transgender in the military would entail.”

Out of more than 1.3 million service members, transgender individuals number roughly 15,000 per the National Center for Trans Equality.[i] Out of that small number of service members as few as 125 members across all 5 branches would not be deployable, this is compared to 50,000 members in the Army alone who are currently not deployable. The Rand study report, commissioned by the Department of Defense which led to lifting the military-wide ban on openly serving as transgender, refutes the assertions made by the President that transgender service members participation would somehow be “costly.”[ii]

Erika Laurentz, a military member for 8 years who flew air support as a loadmaster on a C-141 told Gender Justice League, “As a transgender veteran, I was heartbroken at the tweets. I felt like my service meant nothing. I felt heartbroken for the service members I know who are currently serving. I am terrified about what will happen to them. Like many minorities, I served in hopes of someday being an equal. I’ve known I was transgender since I was three, but in the 70s there was there no equality for transgender people. I hoped that my service would help lead to that equality. The tweets today took away that hope and left me feeling like my service has meant nothing.”

Kathryn Mahan, was a military member for 7 years and a tank commander. At Fort Lewis in Washington State she trained service members to defend Europe. “As a transgender veteran two things struck me. The President of the United States just told the nation it’s ok to discriminate against veterans like me based on complete falsehoods. I served this nation, and President Trump didn’t. It is exceptionally wrong that he is making decisions for transgender service members without regard for the thousands of transgender service members who have served with distinction. No one should be told they cannot serve the nation and risk their lives for their country based simply on their gender identity.”

Air Force SSgt Logan Ireland, a transgender active duty service member, told Gender Justice League, “For the President to deny any able-bodied, fully-qualified person the inherent right to raise their right hand and serve their country, potentially giving their own life for our freedoms, is doing this country an injustice. I would love for my President to meet me so I can tell him about the 15,000 transgender military members who are honorably serving, fighting right now for our liberties and our country.”

“Currently there are an estimated 15,000 active duty transgender service members and more than 134,000 transgender veterans who have honorably served our country.[iii] To find out from a tweet that their jobs are in jeopardy is reprehensible,” said Danni Askini, Executive Director of Gender Justice League. “For a President who wants to ‘Make America Great Again,’ firing 15,000 hard working employees who have done nothing wrong is a poor start to his administration’s attempts to create new jobs. Today we have heard from dozens active duty service members from around the world who are worried that they may be fired tomorrow.

“We denounce this ill-conceived and wrong-minded attempt to divide our communities,” said Danni Askini. “This is intended to distract us all from the scandals and failures that we continue to see from this beleaguered administration. By scapegoating thousands of hard-working service members, his actions against our community continue to be reprehensible.”