It is with mixed emotions that I am writing to announce my departure from my position as the Co-Executive Director of Gender Justice League to pursue new ways of fighting for our communities.

Working with Gender Justice League has been a life changing experience for me. Together we have significantly changed things in Washington State. Banning trans exclusion clauses in healthcare, fighting off anti-trans ballot initiatives, pushing back legislation that would harm people in the sex industry and working in coalition to pass legislation around healthcare, trans panic, and more.

Moving forward, I will be working for the City of Olympia as Equity and Inclusion Coordinator. That means that I’ll be designing a training program for all city employees, addressing hiring processes to remove barriers that have prevented BIPOC, disabled, queer, trans people and other marginalized people from getting jobs, and putting together other workplace initiatives for the city.

Gender Justice League is currently at a strong, stable point. In the past year, we have hired on three new and effective staff, who are prepared to continue creating a Washington State where all people can live their lives safely, true to themselves, and free from discrimination. Gender Justice League will also soon be releasing details about a 6 month candidate search and hiring process for a new Co-Executive Director. I am confident in the continuity of strong work by my team at Gender Justice League.

You are invited to my virtual going away party, on Thursday April 8th. Drop in anytime between 4:30 and 7pm to help me celebrate the end of this chapter and the beginning of a new one. Register at: tiny.cc/WeHeartTobi 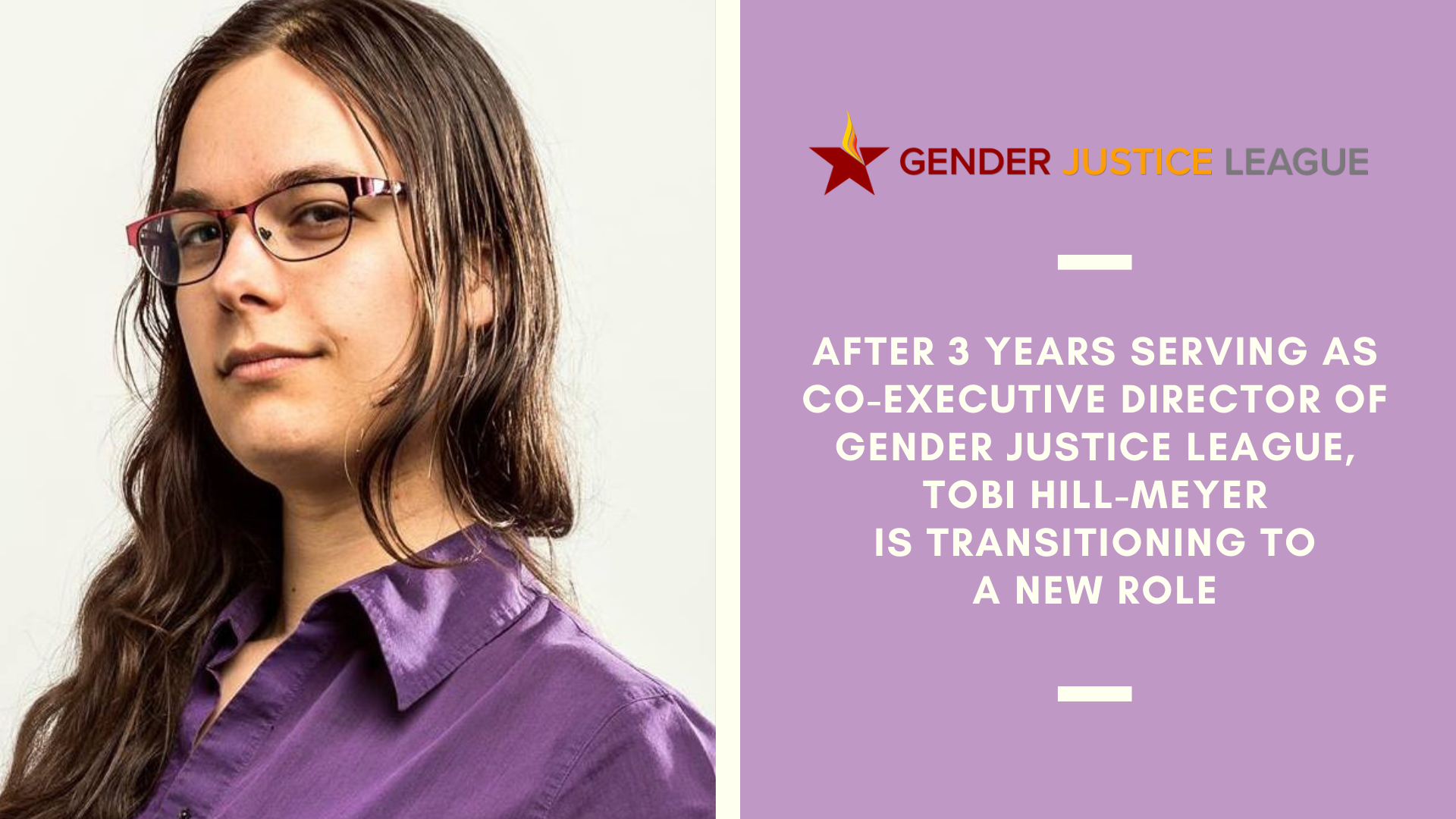