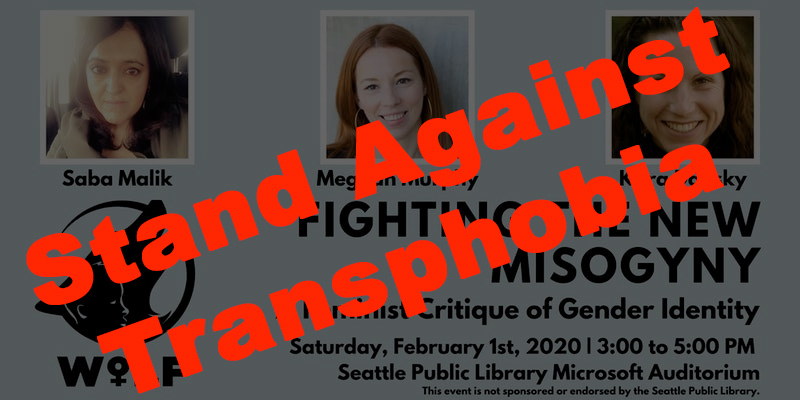 Recently it has come to light that the Women’s Liberation Front, an anti-trans organization has booked an event at the Seattle Public Library with the express purpose of arguing against the right of transgender people to live as their true selves.

We recognize that while there are a number of complicated factors the library has to consider in the situation, the end result is that a the Women’s Liberation Front is using the library, a public venue to spread hate against transgender people.

The library, the city council, the mayor and the city government as a whole needs to understand the consequences if they sit back and allow discriminatory harassment to take place unchallenged.

We are urging the Seattle Public Library to take action against the event and for the Seattle City Council and the Mayor to stand with the transgender community and to put out a statement against the Women’s Liberation Front.