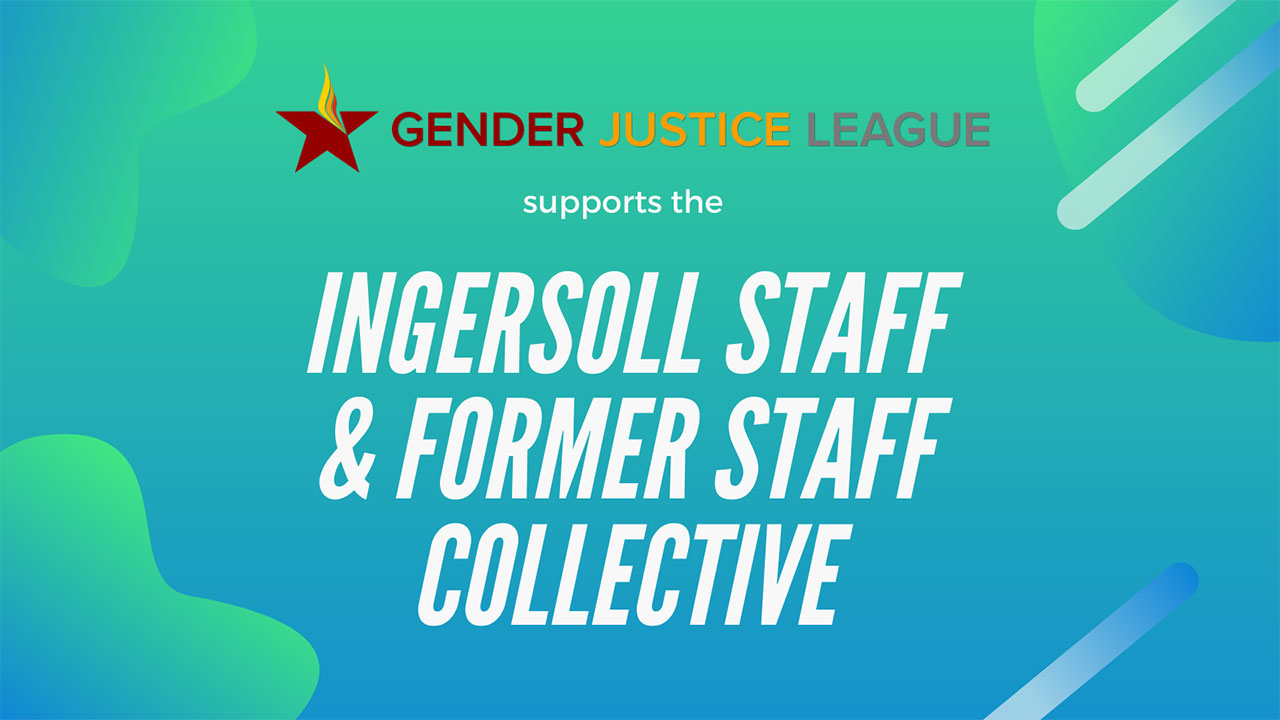 In Support of the Ingersoll Staff and Former Staff Collective

Gender Justice League trusts, believes, and supports BIPOC when they share their experiences of racism and harm. We stand in solidarity with the Ingersoll Staff and Former Staff Collective (the Collective) and support the demands for accountability and improvement from Ingersoll Gender Center.

The immediate resignation or firing of the Directors: Karter Booher, Jonathan (Lee) Williams, and Louis Mitchell
A complete re-envisioning of the Board to reflect community
A solid accountability process to address recent harms and prevent future ones

We also acknowledge the structural and systemic roots underneath these issues. The nonprofit industrial complex as a whole creates, perpetuates, and survives on systemic anti-Blackness and racism, which must be addressed. In their petition, the Ingersoll Staff and Former Staff Collective write,

“The non-profit industrial complex is a system that frequently siphons labor (both physical and emotional) talent, vision, and social capital from BIPOC folks and leaves them exploited & disillusioned from the stated mission and values of an organization.”

Gender Justice League acknowledges our place and role within these same systems. We know how challenging it can be to identify, acknowledge, and address the influence of anti-Blackness, racism, ableism, sexism, and misogyny in our work. Yet it is vitally important if we want to truly support the trans community.

For more information, or to contact the Collective, visit ingersollcollectiveaction.carrd.co